We have some good news: the Funkwhale community is slowly becoming more organized again and we are getting stuff done. We are quite close to publishing another bugfix release and the development for the next minor version has already started.

In the background there is a lot of stuff going on, too. Our infrastructure is being revisited, all tools are getting updates, deprecated tools are being replaced and new tools are already planned. Additionally we have been talking about the state of the Funding with NLNet and have got a few extra offers, namely a security audit, packaging for NixOS and an accessibility audit.

Enough of the boring stuff, you are here to hear about the new features we plan to ship in the following releases. As I said, development for 1.2 has already started. There are already some minor improvements merged: If you click on a track in a playlist, e.g. an album, the whole context gets added to the queue instead of the single song and track pages now show a cover image. There is also some refactoring of the lists in the UI in progress, which is especially useful on mobile devices. Check this video to see what we are working on:

Some more UI improvements will be included in 1.2. Most of the work will be done under the hood, though. We need to update a lot of dependencies, prepare ourselves for a new major version of our UI toolkit and build a solid base for future versions. We have a lot of great feature requests, but before we start to work on them we need to built a solid base and iron out technical debts.

None of this is set in stone yet, but we have some plans for 1.3: we want to refactor the UI to provide a better experience. 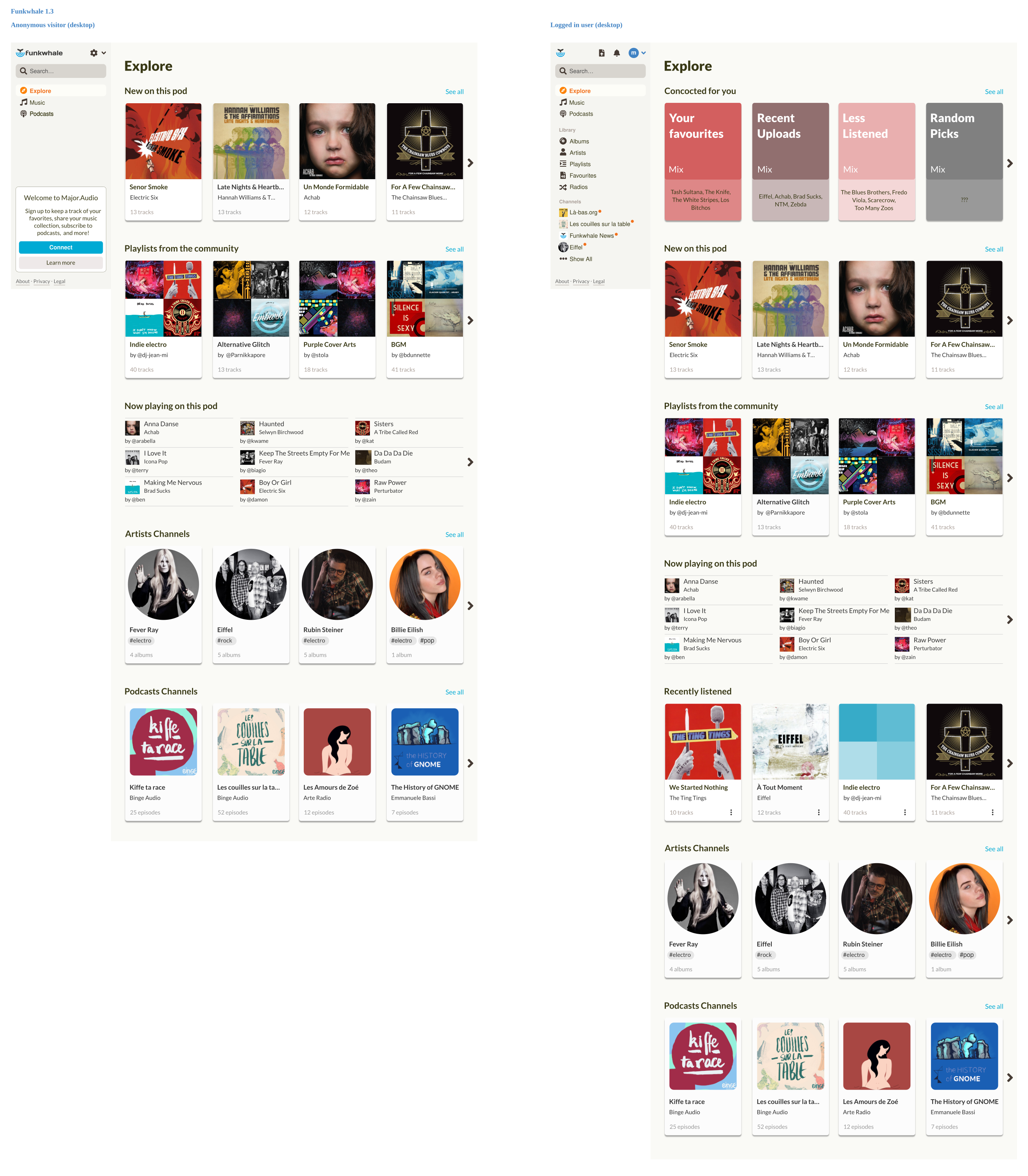 On this side, our goal is to provide people with a more welcoming landing page, and offer an easier navigation throughout content.

Additionally we want to implement some tools to have a wider view at the network. Due to the distributed nature of Funkwhale, there is no single database containing all the music. We want to built some mechanics to increase the amount of content which is visible for the user, no matter which instance they are using!

This is a community project. If you want to support us, check out our support page or join our Community spaces if you want to contribute to Funkwhale!